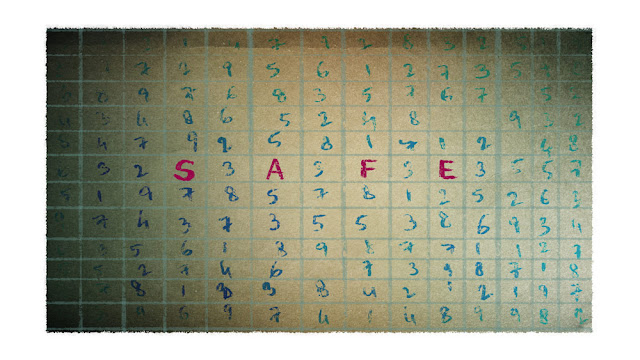 Setup:Act 1: A chinese girl who is excellent and exceptional with numbers is kidnapped and used as a human memory chip for remembering safe combinations for chinese mafia in America. Also, Russian mafia kills the wife of an ex-cage fighter, Luke Wright,  and throws him out on the streets.

Plot Point1: When the russians kidnapped the girl from the Chinese, due to an unseen incident, the chinese girl, Mei, escapes. On the run, She meets Luke . Both has common enemies. So they stick together and save each other.

Confrontation: Act 2:: Luke and Mei are on the run from the triad chasing them: the chineses, the russians and the corrupt cops of NYPD. Mei and Luke exchange information to help each other. During a hotel shooting, the Chinese procure Mei back in custody. Luke comes to know that the Mayor and the Police are working hand in hand to benefit from the massacres between the Chinese and the Russians. Knowing his corrupt friends in the police, he invites them to rob the safe of the Chinese mafia.Together they loot the safe and take the money. All the cops die except the leader.Luke takes him to know more about a disc that has information about every corrupt bureaucrat.

Plot Point 2 :: Luke has the money and the disc  and makes a deal with the bureaucrat to get the girl.

Resolution: Act 3:: One of the Leaders and a combat equivalent of Luke gets the girl from the Chinese. They meet for exchanging the deals. Combat starts as hands on while Mei shoots the bureaucrat. They inform and threaten the Chinese mafia to keep away from them against non disclosure of his secrets.They keep the money and the disc copies all around and start fresh.

The action pact film holds good as a one time watch. The story focuses on superficial level of emotional closeness and deals more on rushing across to reach a conclusion and solution.