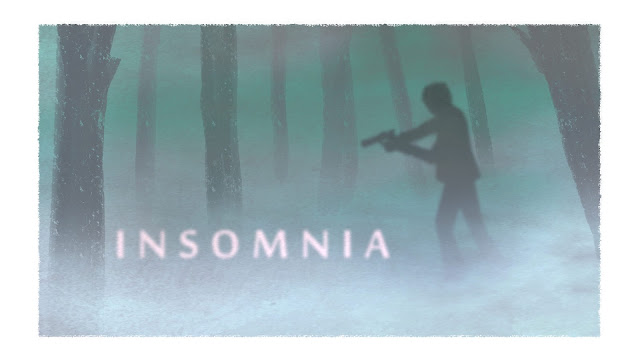 Practicing film making is one and to study other films is another. Both helps one to understand story structure. So i thought, why not start reviewing and pin pointing story structures in the films i see. So when i went through this exercise, I felt, it made me more observant and made me think more than just enjoying the film.
So here is the structural breakdown i made.

Setup:Act 1: 2 detectives fly in to investigate a murder case.Investigation begins. A  new emerging local police officer looks up at the detective as a mentor. They try to hunt down the unknown murderer. Side by side, some Internal Affairs investigation is going on , on one of the detectives , over a robbery homicide case.

Plot point one: Chasing the murderer through fog, creates confusion and results in one cop getting shot and one of the detectives shooting the other detective.

Confrontation : Act 2  :: Guilt creeps into the detective and makes him an insomniac. His screaming bloody dying friend, the naked beaten down dead girl, blood seeping through the air tight plastic cover flip-flops his blurry vision at times and haunts him continuously.  Searching through the materials of the lost bag of the girl, that the police found, he gets certain clues that leads him to trace the dead girls murderer and tries to follow him. The suspect escapes.He receives a phone call from the killer who tells him that he has seen the detective killing his peer. They meet and the suspect tries to pursue him that in a way that shooting his peer was a mistake , so was the kill of the girl. Either party tries to knock down the other , playing their wild cards time to time.The suspect directs the police towards the ex boyfriend who is arrested for the girls murder later.


Plot point two: The detective thrives to stay in his senses , as it has been 6 day of no sleep. The new emerging local police officer traces certain circumstantial evidence that leads her to follow the tracks where the detectives peer had died. She discovers a shell of a bullet.That does not match the 38 mm that was shot at the detective. It leads her to discover that the detective had shot his peer and so does she goes forward to collect letters exchanged between the girl and the murderer , so as to re open and relook at the case. Insomnia and guilt makes the detective crazy.

Location: The location plays a very important character as its shot in alaska where the sun never sets during the cinematic time.It personifies the detective who cannot sleep and becomes an insomniac.
Posted by debanjan at 4:22 AM